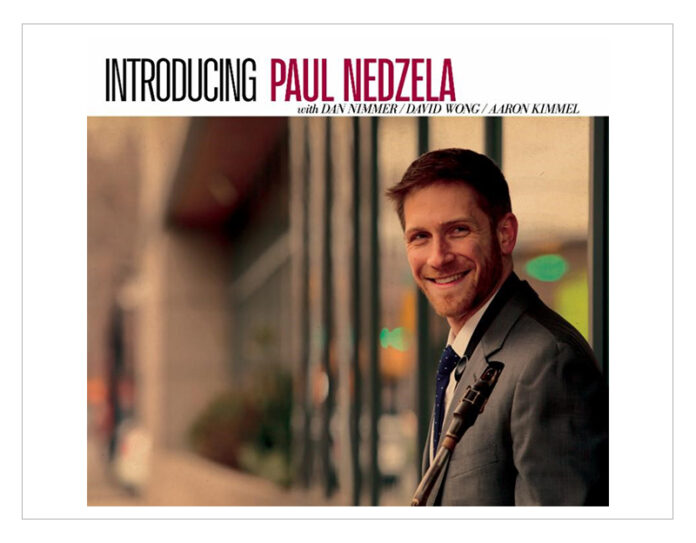 "Paul plays with passion and clarity. He has an expansive and ever expanding range of improvisational approaches which makes his playing fresh, vibrant and unpredictable. His improvisations demonstrate a confident soulfulness ... And he has a unique and absolutely personal ability to touch listeners deeply, and deeper at every listening." - Wynton Marsalis

"Introducing..." is Paul Nedzela's debut album showcasing his unique sound and take on some jazz standards as well as several originals. Paul has established himself on the stage as one of the leading musicians on his instrument. This album is his first solo feature, illustrating the versatility of the baritone saxophone as well as Paul's musicality, his wide range of ability, and his distinctive voice on the instrument. Release date is July 12 (Outside In Music Records).

Paul Nedzela was born and raised in New York City. He is currently a member of the Jazz at Lincoln Center Orchestra and has also played with many renowned artists and ensembles, including Chick Corea, Kenny Garrett, Benny Golson , Wynton Marsalis, Christian McBride, Kurt Rosenwinkel, Wayne Shorter, and The Vanguard Jazz Orchestra.

"I wanted this record to reflect several of my musical influences, to demonstrate how they've taken root in my playing, and to pay tribute to some of the great masters of our music. But I also wanted to show where I felt I could step out on my own and forge my own identity." - Paul Nedzela

"Paul is one of the most creative and talented musicians I have heard. His improvisations are the perfect blend of intellect and soul. And he has a beautiful sound... one of jazz's important voices."
- Ted Nash

"I think Paul Nedzela is one of the most exciting players I've heard on baritone sax... He has a great sound, and he plays exquisite, flowing lines."
- Charles McPherson