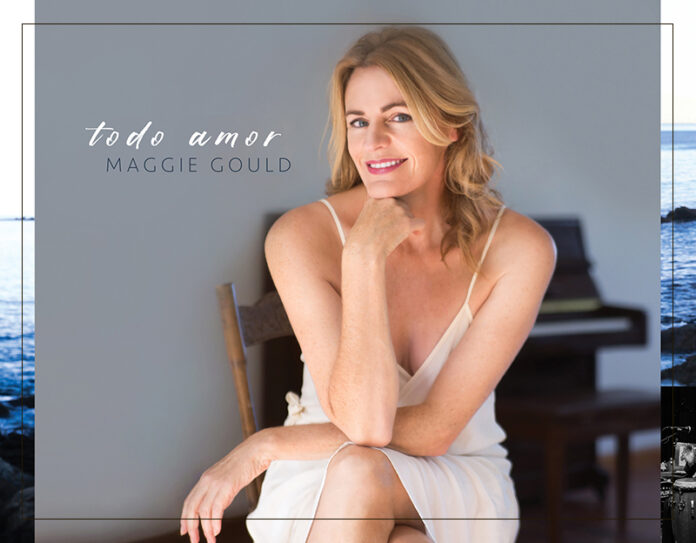 Her music is described as soft, sultry vocals with space, and Musical Director, Nanny Assis said, ‘her voice is well suited for Bossa Nova and jazz.’  Her performances have taken her to festivals from Rome London, Venice, Barbados and New York City.

From early news days covering news stories, Tiananmen square riots Royal Tours, to interviewing musicians /celebrities Audrey Hepburn, Ray Charles, BB King, Eric Clapton, The Stones, Paul McCartney, Al Jarreau, Stevie Wonder, Maggie was touring with the Dalai Lama and was given advice on how to find your way after a difficult breakup. He said “ what did you do before, you must put your face on and go sing, tell stories and uplift people” this led to study jazz and performing today.

As Miles Davis put it “ Do not fear mistakes. There are none”

Maggie says ‘I find the world a busy place, too loud, complex, at times disheartening, to find some space in music, telling a story, with time to breathe, that connects me to these wonderful musicians on “Todo Amor” means All Love. In music silence is more important than sound.”

Richard Hammond on bass, from New Zealand, living in New York performs in the Broadway show, Hamilton, tours with Patti Austin and many other projects. Kevin Field on piano, a master at improvisation, is presently recoding with Mike Moreno and Charles Haynes drummer for Kayne West and Gaga.

It is never too late to be what you might have been. - George Eliot.

Ron Samson drums originally from Canada now loves life in New Zealand runs University Jazz programme – his Jazz Dog Quartet won a Tui Award for best Jazz Album 2016.  Alex Griffith on Bass is a master of funk, jazz based in New Zealand. Nanny Assis on vocals, percussion, guitar, song writing, producing and arranging.  Nanny just won best male vocalist for the Brazilian Press Music Awards 2017 and nominated for best show instrumentalist. His albums Double Rainbow, a Nanny has recently returned from Russia, he runs workshops in Cuba. Nanny is an outstanding vocalist/drummer/songwriter who has touched hearts and souls through his music. Anybody that sees Nanny perform immediately feels his rhythms and notes often snatch audiences away, other times energising then enough to stand up and dance “and sweat until you can’t seat no more” to use Bob Marley’s lyrics.