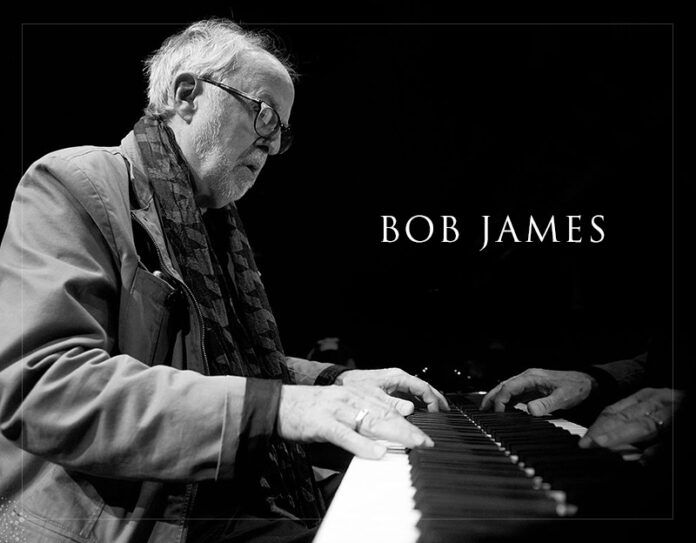 Long after establishing himself as one of America’s most accomplished composers, arrangers and instrumentalists, multiple-GRAMMY® Award-winner Bob James achieves his long-time ambition to return to the trio format he last utilized on 2004’s Take It From The Top, and embraced as an up-and-coming artist. 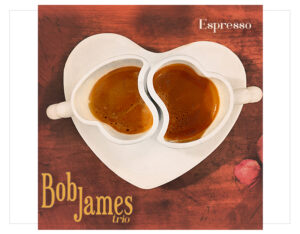 Though busy since 2006 with an array of projects, ranging from albums and appearances with the all-star contemporary jazz ensemble Fourplay to collaborations with David Sanborn, Keiko Matsui and other renowned artists, James hasn’t reclaimed his place in the spotlight as a solo performer — until now.

“I wanted to do this as part of a trio — piano, bass and drums,” James explains. “With Fourplay and in other larger settings, I loved that I could solo and then kind of disappear into the setting to accompany other soloists. To play in a trio requires a different level of commitment, with the piano being much more prominent. You need perhaps a greater degree of optimism and bravery. That was how I felt when I first got into music. Espresso is my attempt to recapture that.”

Inspiration for this project stems from a week-long engagement with sensational young bassist Michael Palazzolo and the respected veteran drummer Billy Kilson at the Blue Note in New York City last October. The musicians felt an immediate chemistry as they tackled standard repertoire as well as new James originals. Audiences sensed it too. “Soon everybody there was encouraging me to have the guts to jump in there and do this,” James recalls.

So, just two months later, the group reconvened at Stagg Street Studios in Van Nuys, California. With their inspired energy and musical bond the trio laid down the varied tracks that comprise Espresso. Two covers were on the list: an ear-opening reconfiguration of Fats Waller’s “Ain’t Misbehavin’” and an equally fresh perspective on “Mr. Magic” (which James had arranged and conducted on the 1975 Grover Washington session). The rest of the album comprises a stream of original material.

The funk strut of “Submarine” is a direct follow up to 1974’s “Nautilus” – one of the most heavily sampled songs in hip-hop. The classic sound perfectly blends in the fresh, complex, and rich textures from Espresso, which finds James sampling himself and recording over it. “Nautilus” samples range tracks from Jay Z, Tupac, Freddie Gibbs, 9th Wonder, and A Tribe Called Quest to Ghostface Killah, Slick Rick, Danny Brown, Wu Tang Clan, Mary J Blige, Pete Rock & CL Smooth, and many others.

The rest of the tunes, penned by James, reflect the same inventiveness and musical fluency that persuaded Quincy Jones to become his mentor and champion in 1963, after which he went on to work with Sarah Vaughan from 1965-1968, prior to his ground-breaking work as a producer and arranger for CTI. His expressiveness through both writing and performance permeates the rocking minor-key blues of “Bulgogi,” the definitive cool jazz of “Topside,” the whispered beauty of “Promenade,” the turbulent, more complex yet supremely listenable “Mojito Ride,” and every other moment on Espresso.

Whether creating and recording the unforgettable theme of TV’s Taxi or ascending to unlikely notoriety as a source of samples for hip-hop legends, James has already left an indelible imprint on American music and culture. Espresso makes it clear that his contributions will continue, and that his impact will only grow in years to come.