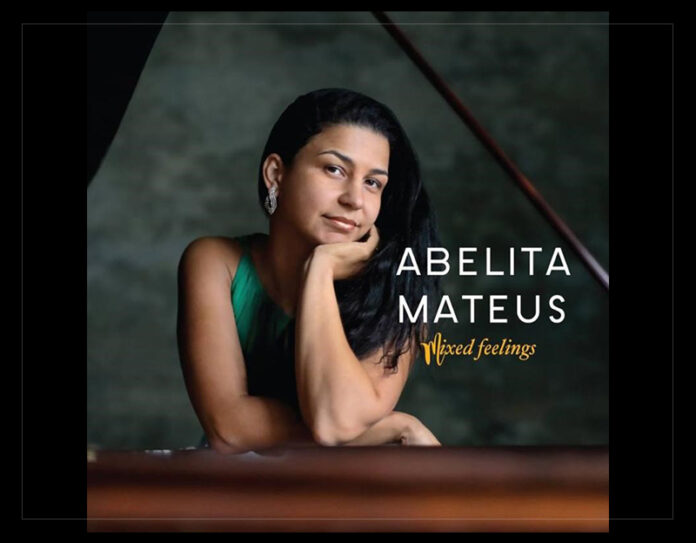 ***For those of you who can't make it to the show - the performance will be globally simulcast 'live'. https://www.jazz.org/media/live-webcasts/

"A mixture of excitement, sadness, 'saudades', happiness, failure, regret, luck - all of the things I was feeling at the time are in my music. I lived in Brazil for the first 30 years of my life. When I decided to move to another country, I had mixed feelings about the new challenges I was about to face.

For my first two years in the U.S., these "mixed feelings" persisted. I struggled with my decision to move so far away from my home. I experienced great happiness, but also times of great sadness and loneliness.

I never thought I would have a chance to live in NYC until I had the fortunate opportunity to meet the great composer and arranger Maria Schneider in São Paulo, Brazil. Maria encouraged me to apply for a Masters in Jazz Piano. I ended up going to one of the universities she recommended- William Paterson University. I'm very grateful I had the opportunity to study there, with all of the rich musical experiences that entailed, especially the privilege of studying with the great pianist Mulgrew Miller. All of these influences are present here in this album, in my compositions and my playing.

I composed Mixed Feelings (Vivenda Music) around 2010/2011 in Brazil, while I was in the process of preparing to move to the U.S. I wrote the other original compositions on the album during my two first years I lived in the U.S., when I was really missing my home and family.

As I said in the liner notes of my previous album, Vivenda (I can find no better way to say it!): 'I believe that the music that I make is a result of everything that I nurture within myself. I've had the privilege to have many wonderful and very different people in my life; through them I became who I am, and their various influences have led me to realize my dreams. I thank deeply all of my family and friends for sharing their life and dreams with me!'

Mixed Feelings is a project that expresses my deepest feelings in a crucial moment of my life, using new sounds that I was so excited to explore at that specific moment. And I'm very pleased to share it with you! Enjoy!"
-Abelita Mateus

"Brazilian singer-songwriter and pianist Abelita Mateus is part of the front-facing evolution of Brazilian music as it projects into the twenty-first century."
(C. Michael Bailey) Living in the NYC area since 2012, Mateus has taken a remarkable path. She released her debut album Vivenda in 2017(co-produced by and featuring guitarist Romero Lubambo), which reached the 24th position on the Jazz Week Charts.

"Abelita Mateus has so many of the qualities that are important for any successful musician. Her piano artistry is remarkable, and she is a talented composer and vocalist. Abelita's intelligence and heart are also expressed through her music. She is part of the next generation of great Brazilian musicians. With all this talent, Abelita is someone to really keep your eyes on!
-Romero Lubambo

"Abelita Mateus has, in abundance, those indispensables of the musicians' craft: sensitivity, creativity, and a prodigious technique. Most of all, she sparkles with refreshment - and for a jazz musician to sound refreshing in 2017 is no ordinary thing!"
-John Lee