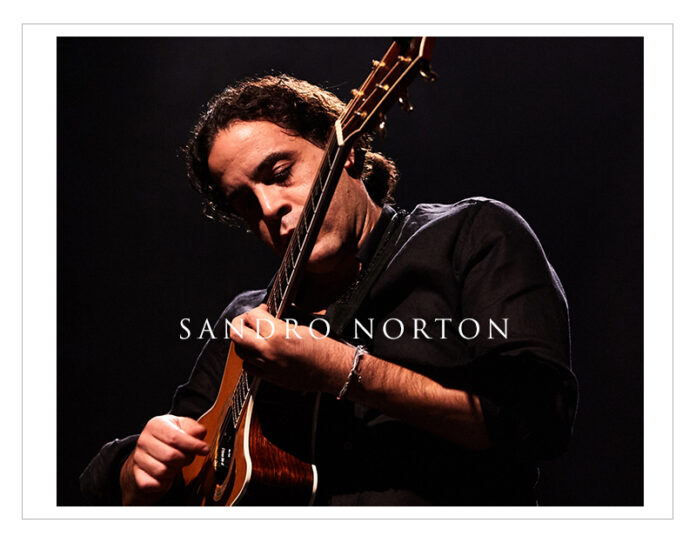 Sandro Norton has earned a strong reputation as a musician and educator; renowned for his percussive guitar playing, compositions and improvisation skills. Grammy® Winning vibraphonist Gary Burton wrote about his latest album Flying High...At the heart of it (Sandro Norton Music Publishing), "It's terrific music. It sounds very, very professional." Ian Anderson said, "You are one of the best guitarists of the last decades. Your work brings a magical blend of technique and melodic adventures." World famous producer, Pip Williams, said, "A great guitarist across many genres. He has a great attitude in the studio."

Sandro Norton studied with the likes of Mike Outram, Shaun Baxter, Ian Scott (Beach Boys), Phillip Mead (George Crumb), Dave Cliff (Lee Konitz) and Eddie Harvey (Ella Fitzgerald).  He also studied privately with Charlie Banacos, Eric Roche, Dr. Barry Harris, Jonathan Kreisberg and Vicki Genfan. Over the course of time Sandro established himself as a session musician working in TV, orchestra and theater music. His work portfolio includes film soundtracks, television theme tunes and studio work in pop, blues and jazz. He has also appeared in more than 100 national TV shows and played in front of 50,000 people. He is currently performing his solo album Flying High... At the heart of it and leads his own band featuring Gary Burton on vibraphone.

In addition to leading his own bands, Sandro has shared the stage and studio not only with the heroes and great peers mentioned above but also with the likes of Gary Burton, Barry Harris, Randy Brecker, Ian Anderson, Pip Williams, Bias, Vasilis Xenopoulos, Mario Barreiros, Carlos Barreto, Maria João and Filipe Raposo; to name a few.

Sandro regularly performs in the top jazz venues and in major festivals across the country and around the world. As an educator he has established jazz programmes; along with presenting workshops for students of all ages.

Scott Thompson served as Assistant Director of Public Relations for Jazz at Lincoln Center in New York for almost a decade. With a background in broadcast journalism, Thompson’s voice and work has been heard on the Associated Press Radio Network, the Mutual Broadcasting network and NBC-AM New York, on The Morning Show. His experience spans radio, television, print and the internet. Thompson co-produced the New Haven Jazz Festival from 1994-2000. A prolific writer, Thompson has contributed to DownBeat, JazzTimes, Jazziz, and the All Music Guide. He penned the CD liner notes to Herbie Hancock Head Hunters, Weather Report 8:30, George Duke Brazilian Love, Stan Getz The New Collection, The Essence of Maynard Ferguson, and The Essence of Al DiMeola. Scott is one of the original members of the Jazz Journalists Association.
Editor’s note: Style Quarterly is very pleased to make the connection with Scott and values his enthusiastic support of Jazz.