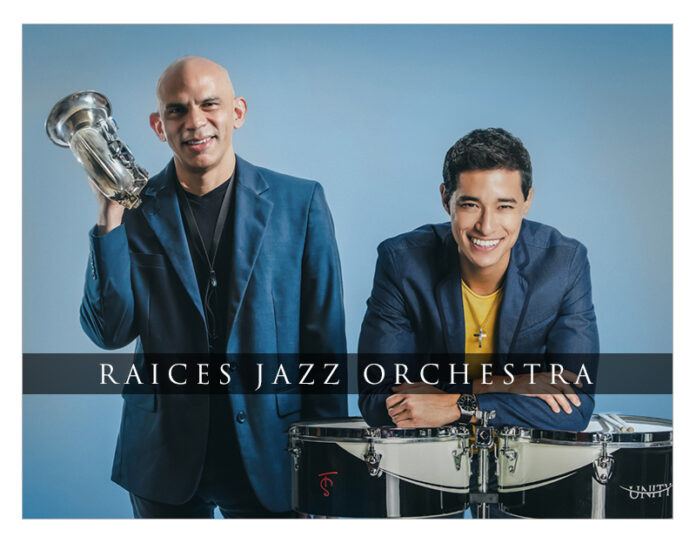 May 21, 2020 (New York, NY) -- Moved by the love of big band and their passion to express their Latin roots, Tony Succar and Pablo Gil have created Raices Jazz Orchestra (RJO), a crossover powerhouse based in South Florida. RJO's self-titled first album combines original compositions with arrangements of standards such as "Eye of the Hurricane" by Herbie Hancock and "Mas que Nada" by Jorge Ben, and it features Grammy winning artists Richard Bona (Cameroon) and Anaadi (Brazil) among others. Raices Jazz Orchestra will be released May 22nd on Unity Entertainment.

It's revealing that the band's name "Raices" means "roots," as Succar and Gil navigate the deep and intricate rhythms of Latin America. "On one hand, I have a love of the big band as the ultimate jazz ensemble. On the other, I want to express the musical heritage rooted in the music of the Americas" says Gil.

RJO is in essence a concept defined by its repertoire and style. It combines Dr. Gil's savvy writing, improvisatory skills and band leading with Tony Succar's creativity and trademark production style, reeling in Latin swing, aka "sabor". "I personally always wanted to make a big band band project because I look up to Tito Puente as my biggest inspiration," Succar says. Their pairing is indeed complementary, and their collaboration is both inspiring and effective.

"I met Tony before he started working on his Michael Jackson Latin tribute. He was a young and gifted bandleader who had an amazing work ethic and the vision to achieve his goals. In many ways I see this album connected to the multicultural, multiracial frame of mind that permeates his 'Unity' project. RJO is also about Unity, the Unity of different cultures and genres, of musicians from different backgrounds" says Gil. The leaders of this band go back a long way: "Pablo and I have awesome chemistry, we are like brothers, and the fact that we met so long ago, playing in club gigs, and we've been able to accomplish this together after more than 3 years of hard work, it makes me feel so proud" says Succar.

The repertoire is coherent but also varied, and they have developed a writing style deeply informed by a firsthand knowledge of diverse world music genres, such as the Venezuelan 'Joropo' and Peruvian 'Lando'. " I feel like RJO will reach the hearts of the jazz lovers, but also of the Latin music lovers... because the grooves are there!" says Succar.