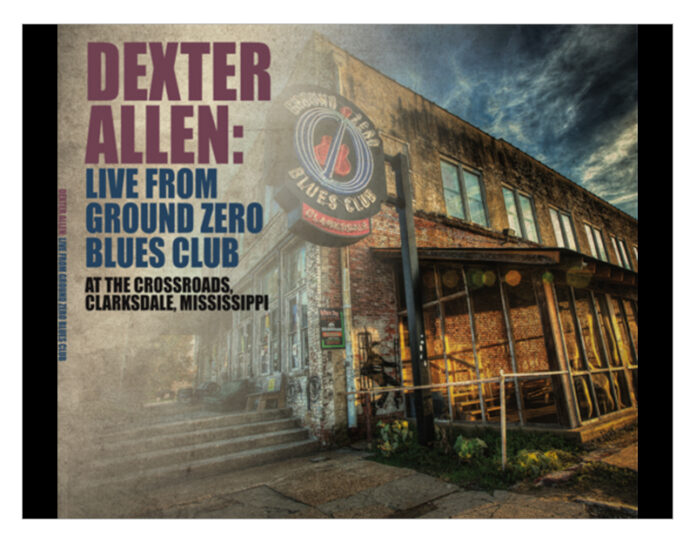 Pre-Release
"Put Your Blues On Me"
A Pass The Pick Project!

Dexter Allen releases his newest album on November 30th with a special pre-release single November 16th of "Put Your Blues On Me". The magic was recorded live from the Crossroads, at Ground Zero Blues Club in Clarksdale, Mississippi. Actor Morgan Freeman is the club owner. The new material was captured in state-of-the-art, multi-track format from the soundboard of a new HD television show.

PASS THE PICK PRODUCTIONS Paula Kennedy, Bo Harrigan and Johnny Reid produced, and the tracks were mixed by Frank Harris in his Third Wave Productions studio in Oakland, CA and Mastered in Nashville by Alex McCollough at True East Mastering. The album is released via Pass the Pick Productions and BFD/The Orchard.

Dexter Allen, born in Crystal Springs, Mississippi. the son of musical Pastors Lee and Ruthie Allen, is an award-winning American blues singer, electric guitarist, songwriter, multi-instrumentalist and record producer. In the classic tradition of Mississippi legend B.B. King, Allen exhibits a sophisticated style of soloing based on fluid string bending and shimmering vibrato, all complimented by his smooth and powerful vocals.

He was attracted to music at a young age in church, and began his career playing the bass guitar at the age of 12 for his father's gospel group traveling around the central Mississippi area. Allen toured the world when he caught the eye of living blues legend Bobby Rush who made him the lead guitarist in his touring band. Dexter's unique style landed him the Jackson, Mississippi Music Award for Best Male Vocalist in 2008, and the following year he won the Mississippi Music Award for Entertainer of the Year honor. In 2018 Allen received the Jus' Blues Bobby Rush Blues Entertainer of the Year.

Over the years Dexter has developed a passionate, dynamic guitar driven live show which was artfully captured on this new release LIVE AT GROUND ZERO BLUES CLUB. The recording which was also captured in stunning multi-cam HD video, takes a page out of a classic high energy Delta blues show, carrying on a custom that traces all the way back to pioneer Charley Patton. In this CD Allen exemplifies a good time foot stomping showmanship that makes people want to be in his presence.