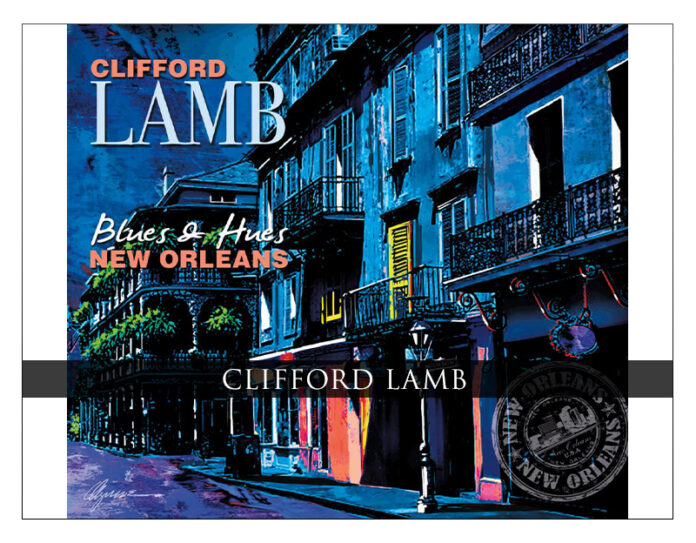 Following the success of his previous live, two track recording, Blues & Hues, San Francisco pianist Clifford Lamb again teams up with producer Jeff Weber to pursue their concept of the jazz “mashup” – the process in which a Lamb composition is stirred into an existing jazz work to offer a new perspective on history and culture. This time, they took their show on the road – despite COVID-19 restrictions – to record in New Orleans, the storied birthplace of jazz, whose gritty majesty and bayou mystery have inspired Lamb for years.
Lamb has used the mashup concept as a way of telescoping history in order to offer musical commentary on societal issues. Now, he says “This has evolved to embrace the elements of an individual city, from love to racism to the cultural events that define it – and in this case, the chance to also consider what happened to the people who migrated there, particularly Africans from different lands who, centuries ago, converged on New Orleans, a distant land they did not understand.”
On this first in a series of planned geo-musical explorations by Lamb, NOLA provides not only the backdrop but also the starring players, including such vaunted Crescent Citizens as trumpeter Nicholas Payton, drummer Herlin Riley, bassist Roland Guerin and saxophonist (and Mardi Gras Big Chief) Donald Harrison.
This recording took place in October 2020, when “the cacophony of blues emanating from the juke joints and piano trios” (in Lamb’s words) had calmed to a hush due to the pandemic. Working with musicians who constitute the city’s heart and soul, however, Lamb was able to revive those sounds, and with the immediacy of a live, two track recording strategy, to then recast those very sounds into a memorable statement, not only of the then and there, but also of the here and now.