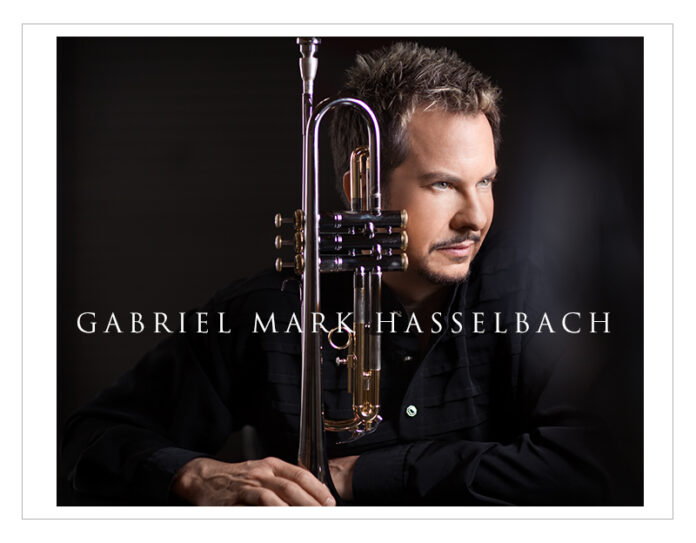 In a recent inquiry to gain insight into the mind and soul of the multi-talented Mr. Hasselbach, here's what he had to say about his journey - past, present and future.

"I consider myself rather unique, as I am a multi-wind instrumentalist, performing and recording (mostly jazz) on trumpet, flugelhorn, C and alto flutes, valve trombone, and the Akai EVI wind instrument. I was born and raised in Denver, Colorado, but followed my muse to Vancouver, Canada, where my career on the world stage started with the success of the multi-platinum Powder Blues Band. After many national, international, and world tours, I launched a solo career with my Polydor album Solar Winds, and the dozen or so albums since then seem to have withstood the test of time, steadily building up my body of work. Due to pent up demand, my entire catalog has been meticulously remastered and is now on iTunes and all digital distributors, with a limited physical pressing of each available at info@windtunnelrecords.com

I have toured world festivals in locales such as Switzerland (Montreux), Netherlands (North Sea Jazz Fest), and the UK, Japan, Singapore, Philippines, Mexico, USA, and I continue to develop my fanbase through live appearances and some choice exposure on radio and TV. I have spent the most number of weeks of ANY Canadian artist on the Billboard Contemporary Jazz Charts.

My 2010 release, ‘Told Ya So’, won ‘Album of the Year’ and ‘Instrumentalist of the Year’ at the 2011 Canadian Smooth Jazz Awards, and spawned three singles including ‘Rockin’ The Ribjoint’, my first Billboard charting track, co-written with Jeff Lorber.

‘Kissed By The Sun’, the 2012 follow-up to that home run, seems to have been a home run with three Billboard charting singles, including ‘Starpixie’ and ‘Lock It Up’; and ‘Ready When You Are’. KBTS reached #8 on the Smooth Jazz Top 50 Album Charts, and was in the top 200 on the Contemporary Groove Charts for 2012. ‘Kissed By The Sun’ was co-produced with, and features Jeff Lorber, as well as a plethora of stellar guests such as Chuck Loeb, Brian Bromberg, Rock Hendricks, and fellow Canadians Rob Tardik and Walle Larsson.

I have also had notable straight ahead jazz successes, including a relatively lengthy two month run on the Jazz Week Mainstream charts with my ‘Come Out Swingin’ album, which featured Michael Bublé (before his rise to prominence), and also made a splash with ‘Swingin’ Affair’ which featured international latin star Nancy Ruth and the legendary jazz and blues icon Dee Daniels. I try to keep the improvisational content of my playing rich but concise, drawing from the Blue Mitchell/ Donald Byrd legacy. Critics seem to support that theory, and I have mountains of reviews to attest to that fact.

However, I prefer the more rhythmically succinct domain of contemporary jazz (or smooth jazz as it is sometimes called) for the variety of color and texture that it provides. I have tried to develop a style that pleases my ear and suits my skills, and that is highly listenable to music aficionados of all stripes.

I am the recipient of a JUNO Award (Canadian equivalent of a Grammy), two JUNO/Technics ‘All Star Band’ Awards (people choice awards with Guido Basso and Maynard Ferguson also in the running), a West Coast Music Award, a Jazz In The Park ‘Best Instrumental Performance’ Award, an Ampex Golden Reel Award, and several gold and platinum album awards (with my earlier group Powder Blues and a few others), besides the aforementioned ‘Album of the Year’ and ‘Instrumentalist of the Year’ nods at the 2011 Canadian Smooth Jazz Awards. I have recorded or performed with the likes of such varied artists as Michael Bublé (I toured with him extensively, and recorded several albums with him, and even produced his album ‘Dream’ in my studio), Bob James, Ernie Watts, Little Richard, Tom Scott, George Benson, Lowell Fulsom, John Denver, The O’Jays, Ben E King, Heart, John Lee Hooker, Nikki Yanofsky, and Long John Baldry, including recent Billboard-charting records with Paul Hardcastle, Bob Baldwin and Steve Oliver."