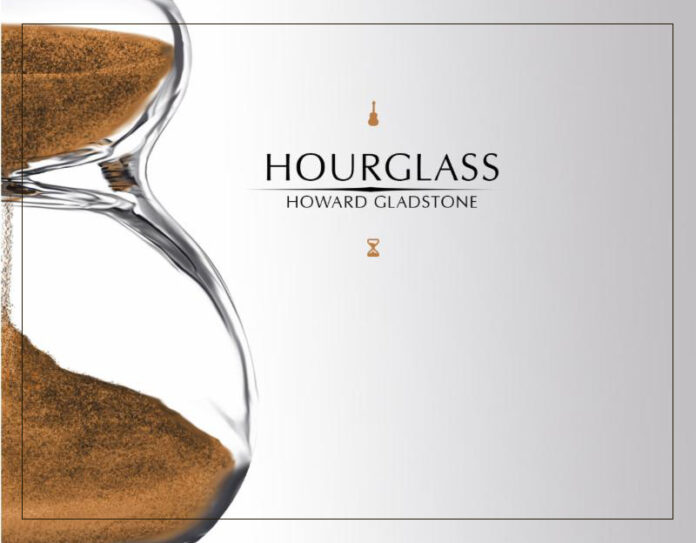 Toronto singer-songwriter Howard Gladstone released HOURGLASS - his fifth album of original contemporary folk/roots music in the U.S.A. on June 15, 2018.
Three years after spinal surgery Howard Gladstone has returned to music with a higher level of commitment and inspiration, and deeper understanding of its' healing power. Gladstone has written songs that reflect a quiet despair, but answered by a message of hope, perseverance and optimism. The songs on HOURGLASS have resonated well with early reviewers, audiences and international radio airplay.
The album sparkles with an occasional Latin accent from accomplished vocalist, pianist, songwriter Laura Fernandez and guitar licks from the virtuoso fret-burning Tony Quarrington. Acoustic bass master George Koller shines throughout.

HOURGLASS is envisioned as a traditional album with side A (tracks 1-5) featuring all acoustic instruments, while side B (tracks 6-9) adds drums (Bob Scott), electric guitar plus instrumental surprises including electric sitar and large vocal chorus.