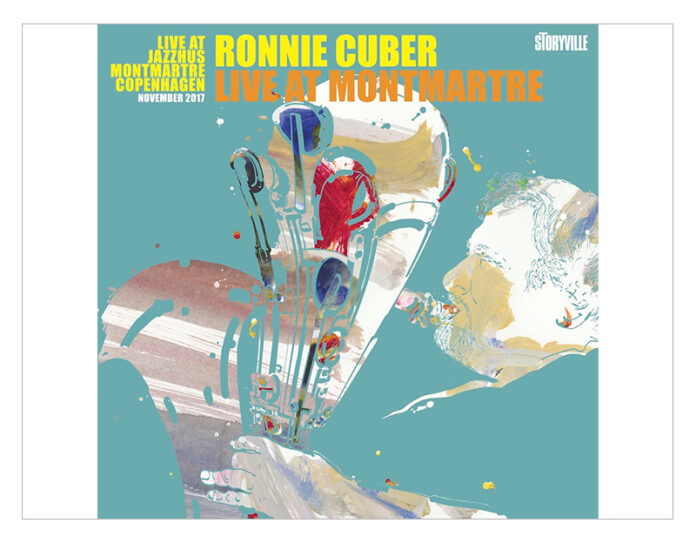 This recording marks the second time Ronnie Cuber has visited Jazzhus Montmarte in Copenhagen, the first time being in 2015 where he played a beautiful concert with Nikolaj Bentzon.  He performs there again at this year's festival on July 8-10, 2019.

He recalls: "I noticed Horace Parlan, one of my favorite pianists came in to dig the band. When we finished the set, I announced Horace was in the house and he gave me his famous ear to ear grin. He was living 75 kilometres away from the center of Copenhagen in 2016 and made the trip into the club again a year later. February 2017 he passed away in his beloved Denmark, a few months before my third time playing at Montmartre."

Ronnie Cuber is a renowned Jazz Saxophonist, who has played with George Benson, Slide Hampton and Maynard Ferguson and outside the jazz world with Frank Zappa, B.B. King and Eric Clapton.

Cuber remains an active and creative force on the jazz scene to this day, as evidenced by this release, Live at Jazz Hus Montmartre, recorded in 2017.

The set list at these shows was mix of well-known classics written both by Cuber as well as other musicians. It includes classics such as "Au Privave" (Charlie Parker) and "Four" (Miles Davis) as well as Cubers own tribute to Richard Tee, "Tee's Bag" and organist Kjeld Lauritzens "Jazz Girls".