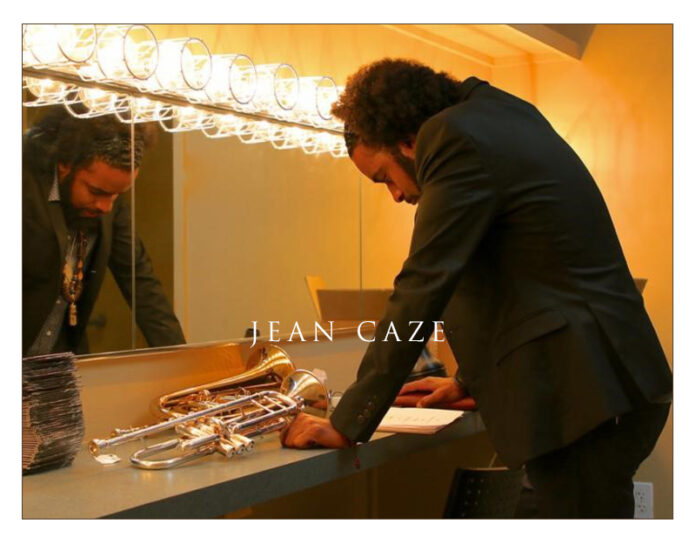 "I'm honored to be a part of the John Daversa Big Band America Dreamers project. John Daversa brought us all together to shed light on important issues while making great music.

This country is made up of a diverse fabric of different cultures. This diversity makes for a richer environment to live in. Different cultures can share and influence each other to build new vibrant traditions." - Jean Caze

The ever worldly and charming Jean Caze has emerged as one of today's most beautiful new voices in jazz. Jean's experience includes having performed with stellar legendary artists such as: Herbie Hancock, Aretha Franklin, Michael Bublé, Mariah Carey, Al Jarreau, Roy Hargrove, Arturo Sandoval and George Duke, just to name a few.

A millennial jazz and world music artist, trumpeter Jean Caze is the definition of a true global artist. His unique style and playing provides his audience with a musical experience unlike any, in jazz past or present.

Growing up in Queens, NY, Haitian-American Caze began playing the trumpet at the age of nine. He recalls, "The most amazing feeling I can remember in music was my first concert while I was nine years old. During the concert, each kid played a part of the melody as a solo. When I played my solo, the audience came alive. I was shocked to discover that I had the power to connect with the crowd
through the music - I felt empowered."

Ever captivating; Caze and his sophisticated-rootsy unique style will continue to provoke much conversation in all music circles as he continues to elevate his stature as a top renowned jazz-world music artist.

Caze is working on a new solo project to be released in 2019.
Keep an eye out for future developments at his website: https://www.jeancaze.com/.