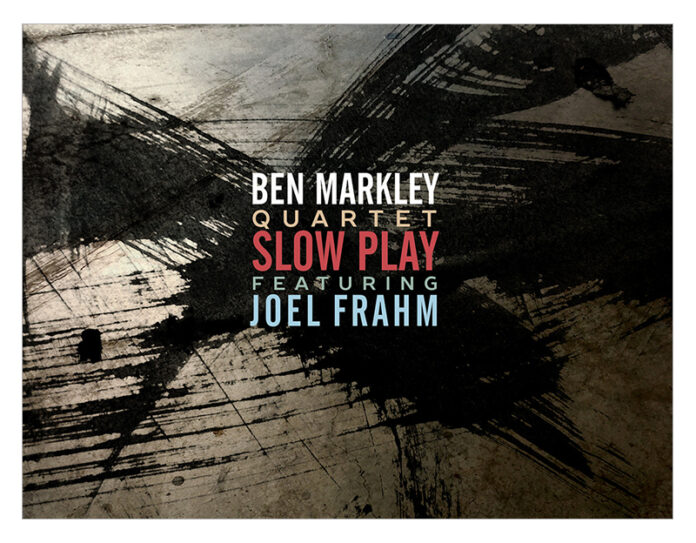 Slow Play is a compilation of music I wrote with the band of Joel Frahm, Jim White, and Marty Kenney in mind. I've had a chance to work with Jim and Marty over the last 10 years in various settings and it's always been a blast. I met Joel a little over two years ago and asked him to do a couple hits with my big band as well as some small group playing. I've long admired his playing and to have the opportunity to play together was inspiring to say the least! Shortly after Joel and I worked together in February of 2018, I began working on a small group project that brought Jim, Joel, and Marty together.

I thought this combination of folks, with the addition of Andy Wheelock on congas for a couple tunes, could really make my music come to life. And they didn't disappoint! This band played gigs in Wyoming and Colorado for the week leading up to the recording. While the music was written for this project and these musicians, it also reflects some of my influences - specifically, Cedar Walton and Chick Corea. This group of tunes sum up what jazz means to me - rhythm and groove combined with a strong melody. From the moment we started this tour, there was joy in every note. I'm pleased to share the results.
- Ben Markley

"... playful and swinging, full of matter-of-fact phrasing and sound harmonic progressions..." - ALL ABOUT JAZZ

For Ben Markley's fourth recording, the fleet pianist/composer teams with New York tenor saxophone great Joel Frahm for a dynamic set of modern jazz originals. Though written specifically with the band of Frahm, drummer Jim White, and bassist Marty Kenny in mind, Markley continually finds inspiration from significant influences in his musical life, most notably Cedar Walton, Chick Corea and Bill Evans. With engaging and elevating support from Kenney and White, Markley and Frahm pop on the boogaloo "'Mon Back," strike a Jazz Messengers-esque pose on the grooving "Return of Catboy," and strut on the half-time funk of the title tune.