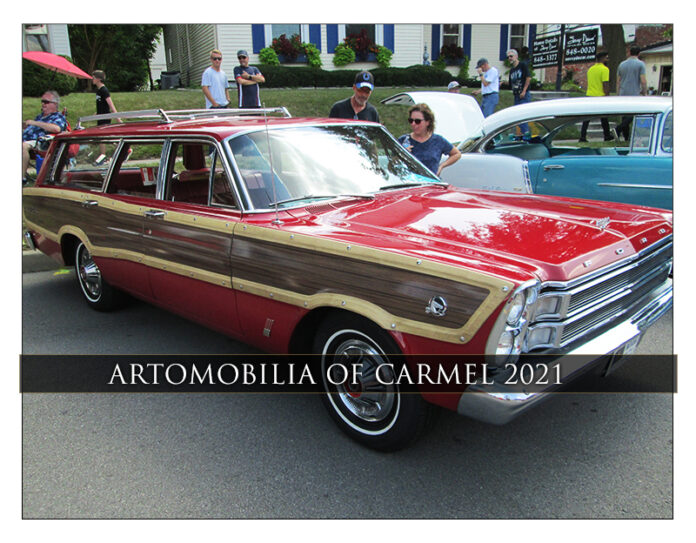 Artomobilia of Carmel 2021
By Chris Mulvihill


The heat index of 99 degrees did not dissuade an extremely large crowd from attending the Artomobilia Car Show. The 13th annual event was held August 28th on Main Street (and several side streets) of the Arts and Design District in downtown Carmel, IN. This event featured close to 500 display cars which were broken into 20 classes. The cars ranged from pre-1924 through modern exotics.  This year’s featured marque was Lotus with an impressive display of modern and a few vintage models. In 2019 a new attraction was added where Porsche, BMW and Lotus car club members are invited to display their cars in ‘enthusiast corrals.’ With the streets blocked off for the event, this permitted the restaurants and shops in the district to offer outside seating. This gave a welcomed resting spot out of the hot sun to enjoy a bite or beverage. It also created a very family friendly atmosphere.

Carmel is a large Northern suburb of Indianapolis. It is fitting this event is held in the Arts and Design District as cars are a form of art and a big part of Indiana. In the beginning of the automobile era, Indiana was home to car manufacturers Duesenberg, Auburn, Cord with the most successful being Studebaker. In addition to these car companies there were hundreds of parts suppliers and of course the Indianapolis Motor Speedway. In the early 1900’s all these factors made Indiana the second largest (Michigan was first) car producing state.

In 2013 I displayed my Shelby Mustang GT in the Artomobilia and had the good fortune to win ‘Best in Class-Shelby Cars.’ It was a great day and I continue to display that trophy with pride. In my 8 year absence, this event (and the downtown) has grown beyond expectations. The depth and quality of cars is impressive. If you find yourself close to Indianapolis in late August, I highly recommend putting this event on your calendar.