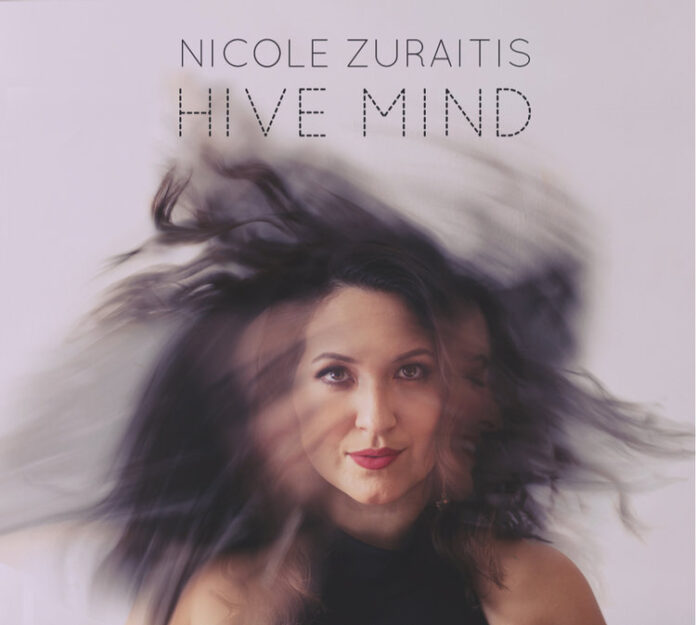 Nicole's new recording, Hive Mind (Dot Time Records - Sept. 29, 2017), chronicles themes close to her heart, including an unflinching love of family and friends delivered with a sincere spirit that finds release in eight intimate original compositions (and two covers) which span genres. After hearing Hive Mind, you'd expect nothing less from this NYU trained classical vocalist and Connecticut born songwriter who swings hard as she brings listeners under her enveloping musical wings.

Nicole has two self-released albums under her belt, including the 2013 release Pariah Anthem (Victor Gould, Ilan Bar Lavi, Nandini Srikar) and the 2009 release Spread The Word featuring Winard Harper and the Curtis Brothers. Her third album Hive Mind was recently released in 2017. Nicole's world music band EVA just released their EP Take Some Air to rave reviews. She continues working with producer Tim Walsh of The Stepkids on an electronic pop alter ego called "nikki and the riot". Don't forget to check out her singles "Long Meadow Vine" (featuring Cyrille Aimee and Thana Alexa) and "For the Lonely".

Nicole is a proud faculty member of the Litchfield Jazz Camp. She has taught songwriting and jazz vocal workshops worldwide, including the Swarnabhoomi Academy of Music in India, Israel Embassy, Australian consulate and the Berklee College of Music in Boston. She was featured in a video interview by Columbia News Tonight as "New Yorker of the Week" for her work with music and shelter animals and hopes to continue giving back by raising awareness for the mental health stigma.