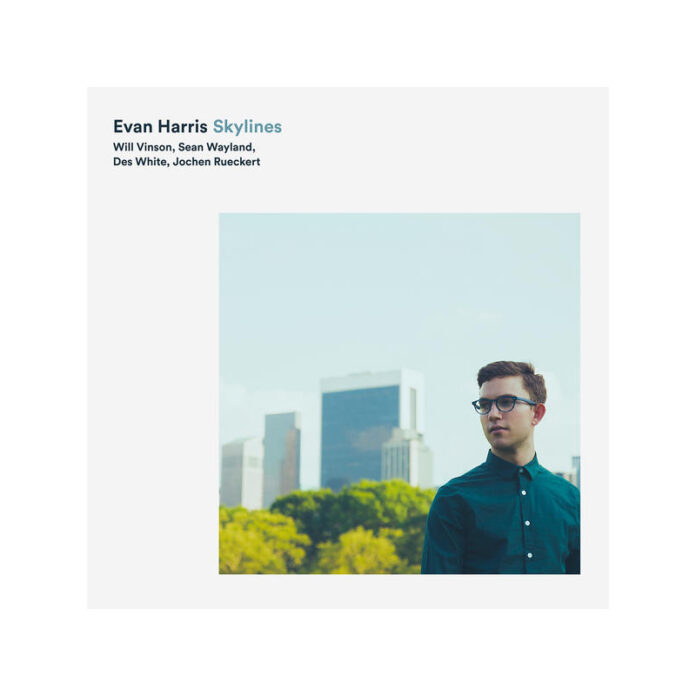 Debut album Skylines from New York-based Australian saxophonist Evan Harris has been getting exciting airplay with radio stations from JAZZfm-London to Hawaii Public Radio and Jazz Week stations in between! He also received a rave review from JazzInEurope.

Skylines documents a deeply personal journey by the young saxophonist at the top of his game, breaking into the toughest music scene in the world, New York City. The haunting yet uplifting melodies and incredible improvisations from this cast of truly international heavyweights, gives the listener an insight into the exciting future of Australian Jazz by a dynamic musician making waves abroad. Beautifully recorded at 'Systems Two Studios' in Brooklyn by multi-Grammy® winning engineer Mike Marciano at 96k hTz, Skylines is available on CD, Vinyl and hi-res download from 54records.com.au and specialty music stores; on all digital platforms and CD/Vinyl from CD Baby.

Evan is also a composer, whose passion for jazz and improvised music has formed his unique and highly developed sound on the saxophone. Originally from Sydney, Australia, Evan established himself as an instrumentalist with the highest pedigree in his native surroundings before relocating to NY in 2016. At the formative age of 24 his performance credits already include Miguel Zenon’s “identities are changeable” as well as having performed alongside Wynton Marsalis, Bill Charlap, Etienne Charles, Vince Giordano, the Sydney Symphony Orchestra, 2016 Australian ensemble of the year the Jazzgroove Mothership Orchestra, ARIA award winning ensemble MARA! and James Muller Quartet. Evan Harris is rapidly establishing himself as a voice of the future and Skylines, his opening statement as a bandleader, shows he means business.

Evan’s dedication to his artform has been acknowledged with a number of accolades including the Gerry and Franca Mulligan scholarship, the Mary H. Vinton Jazz Scholarship, the Edward Jabes Scholarship, the Irene Diamond Graduate Fellowship, the Gluck Fellowship, the Dame Joan Sutherland Fund Grant, the Rose Mandelbaum Postgraduate scholarship, the Barry Stewart Prize, Big Brother Movement Youth Support Jazz Award, Sienna Jazz Festival scholarship and the highly regarded Skills and Development grant from the Australia Council or the Arts. Evan was awarded the University of Sydney medal after graduating with first class honours and is now completing his Masters Degree at Juiliard under scholarship.