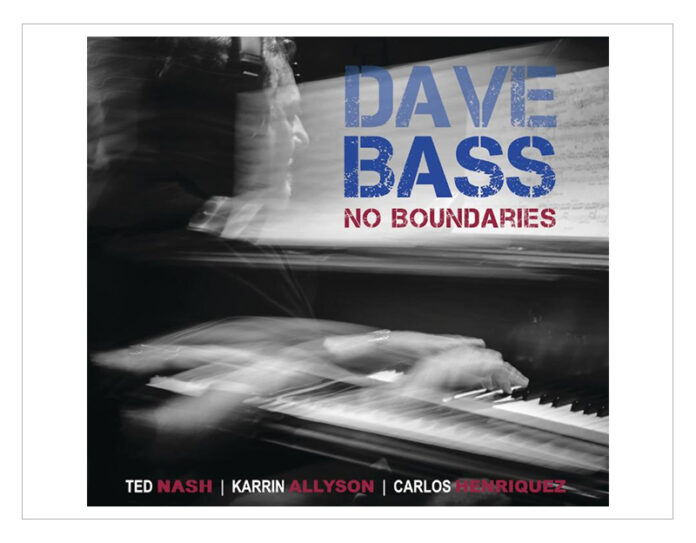 The saying goes that everyone's got a story to tell. But chances are good that few, if any, have the kind of story Dave Bass has. Without resorting to detail, Bass's rebirth as a jazz musician after decades away from the art is nothing short of astonishing. Having retired from the Office of the Attorney General of California back in 2015, Bass is back at the piano, where he promises to keep the torch burning for classic songs, elegant bebop and beautiful performance. NO BOUNDARIES features two-time Grammy® winner Ted Nash (flute, alto flute, clarinet, bass clarinet, soprano sax, alto sax, tenor sax), five-time Grammy® nominee Karrin Allyson (vocals), and two-time Grammy® winner Carlos Henriquez (bass) and Jerome Jennings (drums). Three great Cuban musicians join Dave on selected tracks: Mauricio Herrera, Miguel Valdes, and two-time Latin Grammy winner, Carlos Caro adding bata, conga, guiro, bongo and timbales. Dave's third album since his comeback, his second for the acclaimed Whaling City Sound label, is a celebration of gorgeous playing and lovely Latin influence. It's also a dream come true, not only for Bass who is fulfilling his own lifelong dream, but also for his fans, who have waited a long time to hear this gifted musician-interrupted by injury and another incredibly successful but unrelated career - come into his own.

Dave celebrates his new release NO BOUNDARIES, with a debut performance at the Auburn State Theatre (Auburn, CA) on August 10 with the Dave Bass Jazz Quartet featuring Jacam Manricks, (flutes, clarinet, saxes), Ben Kopf (bass) and Jim Frink (drums). Dave will be playing standards and originals from his new CD. The music ranges from swingin' straight-ahead jazz and ballads to a taste of evocative Brazilian and Afro-Cuban music.