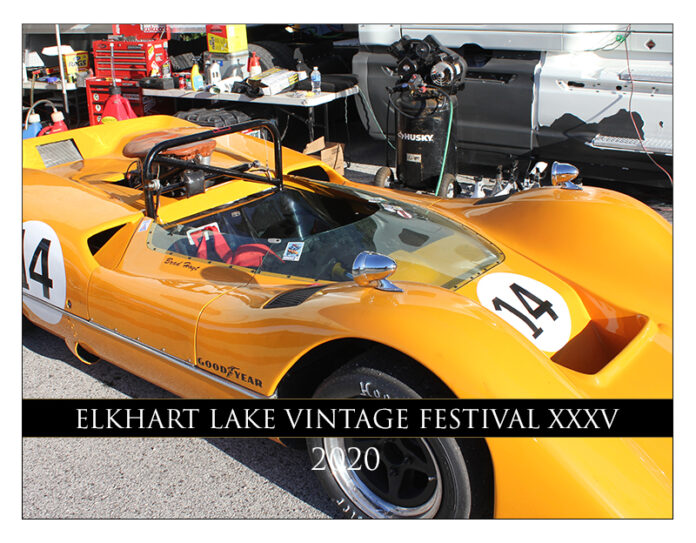 A crisp, sunny 38 degree morning greeted those at Road America Raceway on September 19th for the 35th running of the Elkhart Lake Vintage Festival. The featured marques were Prewar and Japanese cars. This annual vintage race was started 35 years ago to commemorate the ‘Cup Races’ which took place from 1950 thru 1952 on the roads around Elkhart Lake, WI. When running a Cup Race, your starting grid position is based solely on your qualifying times; not your car classification. Competing against cars outside of your classification provides interesting match-ups and tests driver skills.

This year’s event attracted 310 cars which were divided into 10 racing groups. The drivers are members of the Vintage Sports Car Drivers Association (VSDA). The VSDA is a non-profit club whose sole existence is to promote and organize vintage race events for its members. Given this festival attracted race cars from 26 states, the VSDA is true to their mission.

In addition to Cup Races, on Saturday afternoon folks were invited to participate in a re-enactment (tour) of the original public road race course. The police escorted tour includes race and street cars with the drive ending in the heart of the Village of Elkhart Lake. A bonus at the end of the tour is all participating cars are parked in the Village on a part of the original road course for all to view. These old road courses (where the races were run from 1950 thru 1952) are listed in the National Register of Historic Places. The only other public road course in America to hold this distinction are the roads around the Watkins Glenn International raceway in Watkins Glen, NY.

This festival was the last vintage race of the season at Road America. The atmosphere is always family friendly and the Wisconsin countryside provides a beautiful and historic background. With most major car events in America cancelled this year, it was a great treat that Road America ran all their vintage races. Pleased 2020 is drawing to a close and very much looking forward to a full calendar of car events in 2021.