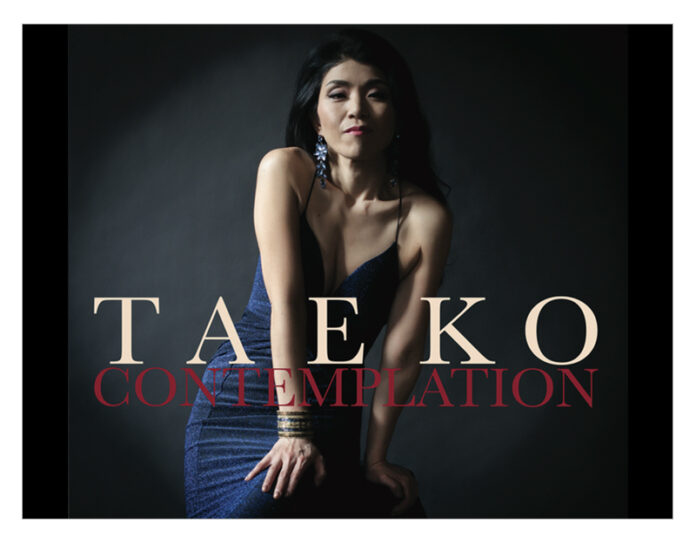 Internationally-Acclaimed Songstress
TAEKO Explores from McCoy Tyner to Doug Carn with
CONTEMPLATION - Her 4th Release in the U.S.

Internationally-acclaimed jazz songstress from Japan, TAEKO releases her 4th album in the U.S. as a leader on October 10, 2019 entitled CONTEMPLATION (Flat Nine Records).

In TAEKO's own words (pronounced Tie-Koe):
"This album shows my true love and dedication to the African-American classical art form called jazz, as a singer who came from Japan where this music is truly loved."

With a never-ending stream of musical ideas and fluidity of delivery that shows years of studying her craft, TAEKO has built a distinctively unique approach to jazz in addition to mastering the traditional vocal and instrumental aspects. This album features songs written by the beloved jazz greats such as Ceder Walton, Mal Waldron, Billie Holiday, Chick Corea, Bill Evans, and Benny Golson, with TAEKO's unique point of view and arrangement.