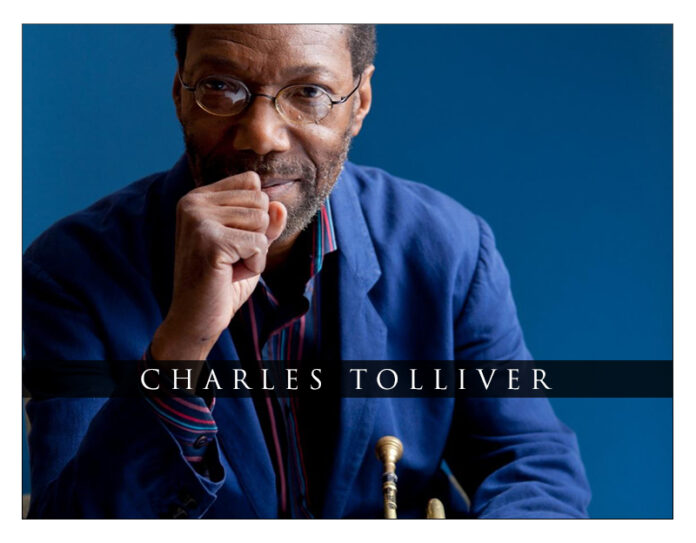 There's no title track on the new album from Charles Tolliver, but the name -Connect - isn't some ethereal abstraction: it's an invitation. Release date: July 31st.

"I wanted the music to connect in these times," explains the trumpeter-composer, a 50-plus-year music veteran and the co-founder of the legendary 1970's jazz label Strata-East Records. "I'm asking the listener to get it: to get what I'm doing, where this or that song is going, and what's meant here or there, and how the soloists handle it. Those are connections to be made within each song, and then they can also connect them to each other."

Of course, that's what any musician asks of their audience. Tolliver, however, has more up his sleeve than that. There are four songs on Connect (Gearbox Records), recorded in London last November with an all-star quintet (alto saxophonist Jesse Davis, pianist Keith Brown, bassist Buster Williams, and drummer Lenny White). Tolliver carefully selected them for a panorama that documents jazz's evolution during the time he's been a part of it.

"Triumphant... 'Connect,' Tolliver's first album in over a decade, stands out in large part based on the quality of his compositions. The caliber of his company helps too."
- Giovanni Russonello, New York Times

"A great unexpected gift... He still has so much fire in his playing and he's got such a mind for composition... It really coheres as a band. I hear this really great combination of the old heads digging into a groove in this way that feels so earthy and alive and then this fresh contemporary tilt."
- Nate Chinen, NPR Music

"...a fine consolidation of the vocabulary the trumpeter has devised over five decades, which is a deeply touching take on hard bop and modal jazz...At the age of 78, Tolliver has deserved elder statesman status, and this is the kind of cultured work, with intellect and emotion in symbiosis, that befits an artist who has contributed a great deal to modern music during a lengthy, eventful career."
-Kevin Le Gendre, Jazzwise, ★★★★

""This track in particular just really resonates with me," Nubya says about Charles Tolliver's first studio material in more than a decade. "Blue Soul" is a glorious nugget of cool with classic-era Blue Note-energy imbued throughout. Charles is an unsung hero in the jazz world who makes music for the true music lovers. "I've had ['Blue Soul'] on repeat over these last few weeks and I've just been loving getting deeper into it," Nubya shares."
-Nubya Garcia, Essence's 'The Playlist'