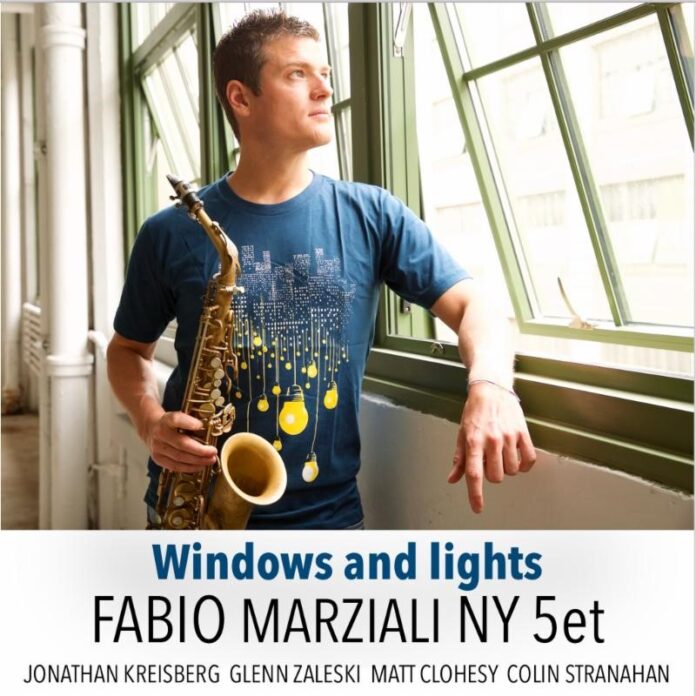 Born in a small village in the center of Italy, alto saxophone player (and multi-instrumentalist: flute, clarinet and piano) Fabio Marziali comes from a large family with little interest in music. Yet he started playing the piano at the age of eight and moved on to saxophone at age 10, joining the local marching band.

At 14 years-old he was accepted to the Conservatory of Fermo, where he began studying classical saxophone. Four years later Fabio had his first encounter with live jazz music, thanks to a masterclass held by Italian saxophonist Maurizio Caruso from the Berklee College of Music. From that moment on, Fabio began studying jazz tradition and improvisation. He is self-taught as there were no jazz schools around, no jazz players and no YouTube. He only had his saxophone, his piano, some jazz albums, deep curiosity, passion and a dream.

In 2017, his dream came true, recording Windows and lights, an album of his own compositions with a stellar band in New York, at one of the most respected recording studios (Big Orange Sheep); accompanied by Jonathan Kreisberg on guitar, Glenn Zaleski on piano, Mat Clohesy on double bass and Colin Stranahan on drums. Windows and lights is now available - March 2018.

Along with his passion for jazz music, Fabio began composing electronic and world music in 2015, releasing four albums and collaborating with artists including singers, poets and body painters. In 2016 he won third place at the "World Body Painting Contest" in Austria, the biggest festival in the world for this art form with more than 30,000 participants. Fabio played along with the body painting show performing one of his own compositions.